We have seen a decline of hashtag use on Twitter, but they have become even more vital on Instagram for bloggers, influencers, and brands. Before you slap any hashtag onto the end of your caption- know the rules...

Hashtags. When they first came out people were confused why the pound sign was entering their social channels. In technical terms a “hashtag”  is a type of metadata tag used on social networks such as Twitter and other microblogging services, allowing users to apply dynamic, user-generated tagging which makes it possible for others to easily find messages with a specific theme or content. Some people aren’t a huge fan and even find them annoying.  But did you know that posts with at least one Instagram hashtag average 12.6% more engagement than posts without a hashtag?

How Did Hashtags Start?

Hashtags first got their start on Twitter. Twitter, of course, was around 4 years before Instagram. On Twitter, they were used to track trending topics and follow along with popular conversation. We have seen a decline of hashtag use on Twitter, but they have become even more vital on Instagram for bloggers, influencers, and brands. Before you slap any hashtag onto the end of your caption- know the rules.

General Rules and Tips For Your Hashtags

Ask yourself, “What are we posting about and why”-this is a great way to help get you started. Instagram recently rolled out the ability to follow hashtags which means that instead of a user having to search for an Instagram hashtag and scroll through an endless feed, your posts could now show up automatically in the feeds of potential new followers.

Placement matters with hashtags. First, be sure to post them after your body copy. It’s also a good idea to create some space between caption. A common practice is the three dots method (shown below).

This creates some separation to know when the caption ends and your tags begin.  Second, the order in which you place your hashtags makes a world of difference. Once you have a good amount of hashtags that you have decided on. You’ll now want to strategically choose which hashtags you want to list first. Most users aren’t likely to read through all of your hashtags, whether you’re choosing only 8 or to go for all 30. If there are hashtags that you want others to read make sure that you list them first.

Hashtags should be included but not limited to captions. They can be included in bios and when a user taps it they will be taken to that hashtag’s page to follow it, according to Hootsuite. For businesses with popular branded hashtags (more on that later), it’s a great way to foster engagement or collect user-generated content. They can also be used in comments and stories. Use the hashtag sticker to include branded hashtags in your Stories.

You might have the perfect hashtag- it will reach your target audience and promotes your brand -but if it’s one of the most popular hashtags, chances are it will be lost on the shuffle. But don’t swear off popular hashtags entirely, Hootsuite says, “As long as they’re relevant to the post and used sparingly, popular hashtags can help expand your reach without making you seem desperate or spammy.”

Find it and Never Let it Go

While it’s important to switch up a few hashtags and keep them related to your posts, pick one or two hashtags that fit your brand and use them in every post. This way people can always know how to find you and even follow that specific tag. Taglines and slogans are great hashtags to use continuously.

Users tend to view paragraphs of hashtags as an eyesore. Most top brands — 91% of them, to be exact, use seven or fewer hashtags per post. It’s easy to assume that’s the magic number for everyone, right? Krystal Gillespie, HubSpot’s Social Media Community Manager said that this isn’t always the case: Some accounts are more successful with hashtags ranging from the low teens 20s, and up to 30. A good rule of thumb is to keep the range from 7-30.

If you liked this Symboliq Media blog, check out these other related articles:
–Top 8 Things To Consider For A Successful Social Media Strategy
–Why Social Media Management is Important For Your Brand 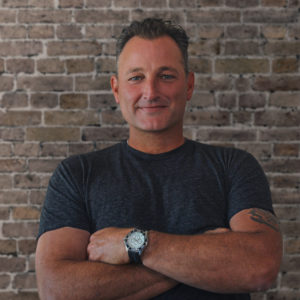 hi! i’m randy! i believe choosing the right team and investing in people is the best thing you can do for your business. i love our team here at Symboliq. together we’ve fostered a positive work place that allows everyone to grow professionally and infuse awesomeness into all our brand partners. we’re low on judgement, high on caffeine, and bursting with creativity. when you come on board with us, you become a member of our family. so be prepared to feel the love. 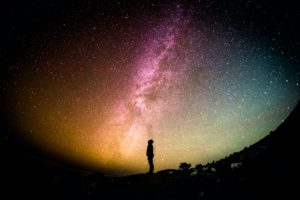 4 Tips for New Entrepreneurs Starting Out in 2021 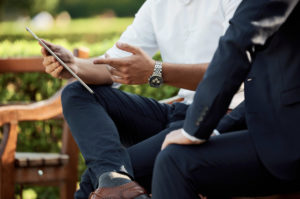 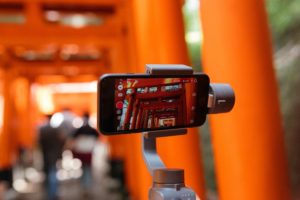 Utilizing Video in the Digital Age

so you have your website, now how do you get people to see it? by making updates, monitoring keywords, and repeatedly optimizing your site. we will help you navigate this digital landscape and ensure that your dollars are going towards what will help you be seen and heard online.

we help create memorable web experiences for desktop and mobile devices to help your customers find what they’re looking for. using wordpress, woo commerce, shopify, or by creating a custom site, we help create and optimize your site to drive traffic towards profitability and lead generation.

our team of graphic design designers, copywriters, photographers, and videographers are ready to grab your audience’s attention with customized content optimized to play up the platform. you get intentional images, words and design delivered through the right medium, at the right time, so your brand stands out.

listening and anticipating what’s next from your brand.

our digital marketing specialists are experts in the art of social voice, and our graphic designers craft custom images that speak clearly to your target audience.

branding is a beast. everyday you’re faced with hundreds of small choices that have the potential to build up, or tear down your brand. that’s a lot of pressure. you need to know what you stand for, and live it out at all media touchpoints, inside your organization and with every audience interaction.

as your new strategic partner, our focus is making sure you’re seen, heard and understood. we’ll create a customized plan for immediate, actionable change that is true to your brand, speaks to your target audience and drives long term growth.